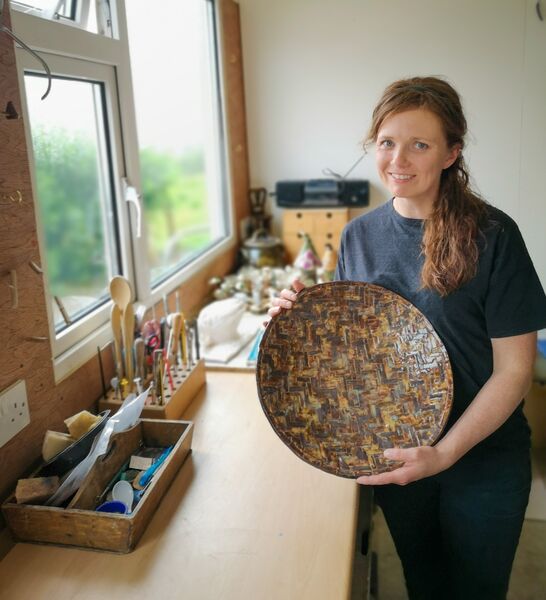 Shauna McCann is a ceramicist based in rural Co. Tyrone. Her ceramic work is predominantly unique framed porcelain imagery as well as ceramic sculpture. Her pursuit of clay has spanned over 20 years.

‘I feel a great connection to working with a piece of the earth and by how the use of the other elements air, water and fire can transform a piece clay into the most wonderful creations.’

Born in Canada, Shauna moved to Northern Ireland in the 1990’s as a teenager. Shauna was awarded with a BA(hons) Degree in Design Crafts, Cumbria College of Art & Design in 2000. She is also Mum to two young girls who are already growing up strong, creative, and independent.

Shauna has had numerous solo and group shows. Her most recent solo exhibition was ‘Within the Woods’ in the Rua Red, Dublin, 2019. Her exhibition in the New Vic Theatre, Staffordshire, 2017, was her first solo show in England. She also co-curated her first exhibition’ Queeriosity’ in the Crescent Arts Centre, Belfast, 2017.

Most recently Shauna in collaboration with her husband, Paddy Nelson, won the people’s choice award for ‘Fairy Forest’ at the ForM Sculpture Exhibition in Bangor Castle's Walled Garden, 2019. This is one of a few collaborative projects from Shauna and Paddy under the name ‘Millix Crafts’.